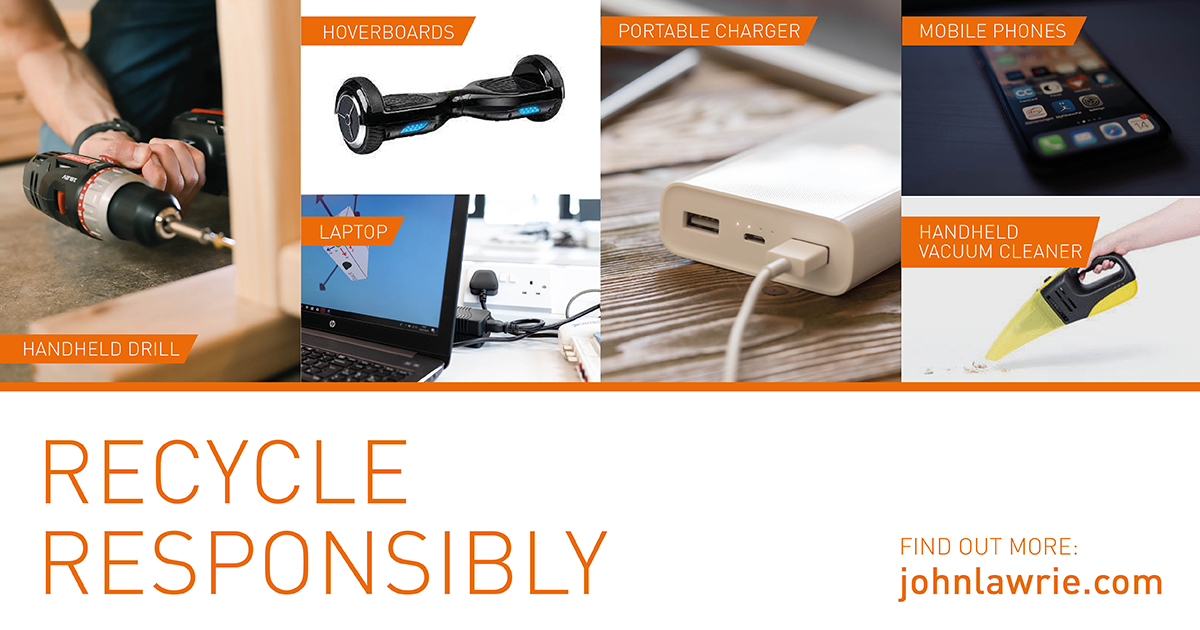 Between April 2019 and March 2020, lithium-ion batteries were suspected to have caused around 250 fires at waste facilities. That is 38% of all fires, up from 25% compared to the previous year, according to the latest data from Environmental Services Association (ESA).

John Lawrie Metals Ltd, the metal recycling and decommissioning experts, has pledged its support for the fight against negligently discarded batteries. The company, headquartered in Aberdeen’s Tullos industrial estate, is urging all its business and community clients to ensure they manage the recycling of used batteries in a responsible manner in a bid to tackle the growing number of fires in recycling centres caused by wrongly discarded dead batteries.

The safety implications of not recycling batteries responsibly are not to be underestimated. Fires caused by carelessly discarded batteries endanger lives, cause millions of pounds worth of damage to business assets and disrupt waste services, not to mention using up essential fire service resources. Lithium-ion batteries, which power laptops, tablets, mobile phones, radio-controlled toys, Bluetooth devices, shavers, electric toothbrushes, power tools, scooters and even e-cigarettes, can be extremely volatile if damaged and are not completely dead when you throw them out. There can still be some electrical charge in them making them extremely hazardous.

In support of the ESA’s national Take Charge campaign, John Lawrie urges consumers to only recycle dead batteries using specialist battery recycling services, and to never throw batteries away alongside general rubbish or other recycling. The company hope that by encouraging the public to recycle batteries responsibly, it will reduce the number of dead batteries present in general waste and recycling, thereby reducing the number of fires in future.

Zero Waste Scotland is also running a campaign reminding Scots to recycle batteries separately to other household waste after a new survey revealed a quarter of people dispose of them incorrectly.

ITV News recently posted reports with a plea to the public to dispose of batteries properly following fires involving recycling centres and waste collection trucks. The BBC has also reported on The explosive problem of 'zombie' batteries.

So, how can you recycle your batteries safely? Check out this resource on the Take Charge website which gives helpful information on how and where you can recycle used batteries.