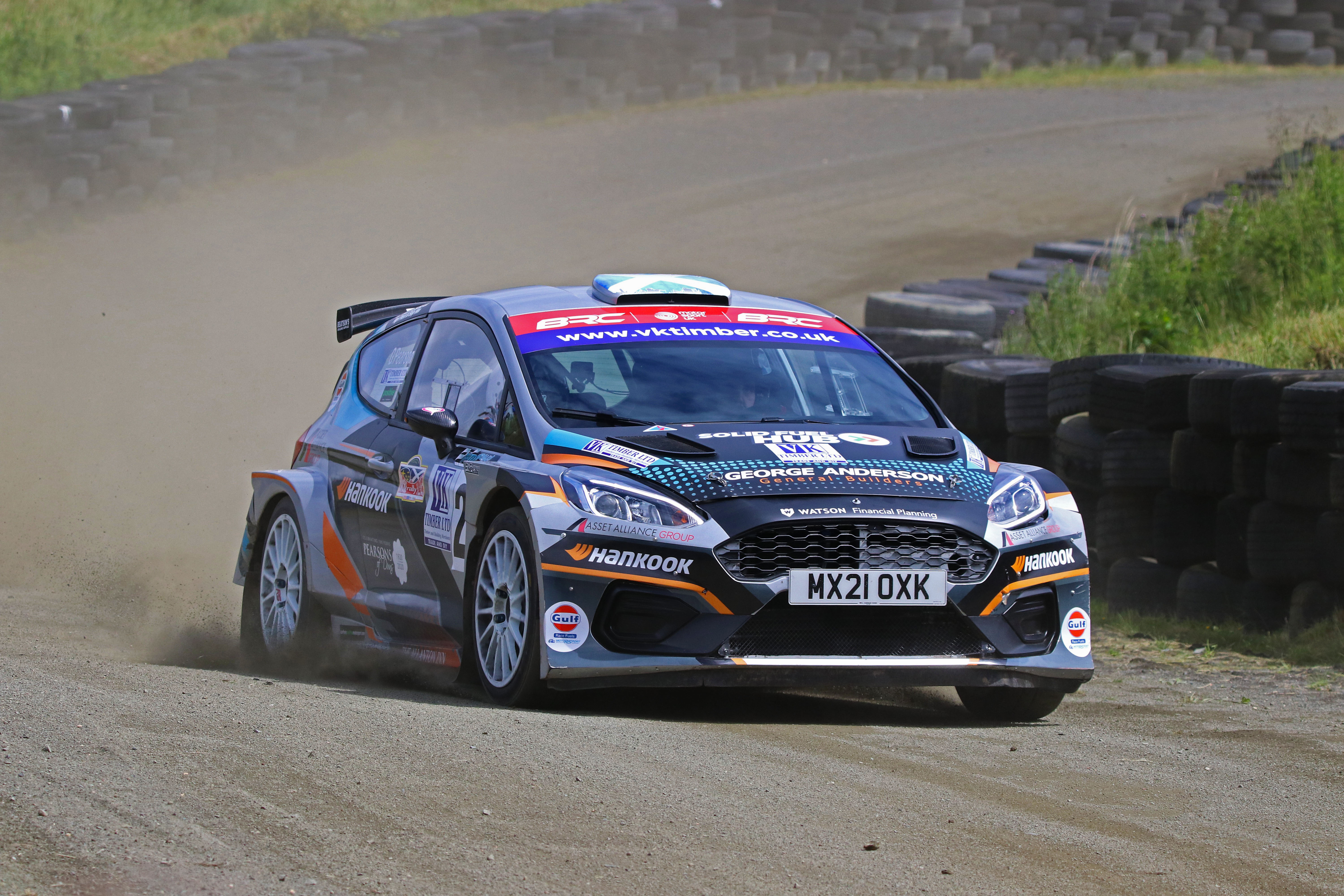 Garry is ready to test his metal against the best crews in the UK once again as he heads back to a happy hunting ground for the fourth round of the series. The Duns driver's iron resolve will be bolstered by contesting the riveting event with backing from John Lawrie Metals as a new sponsor.

The backing from John Lawrie Metals, which has an aim of reducing carbon emissions in support of sustainability goals, will create a circular and sustainable partnership alloyed to Pearson's role as an ambassador for Carbon Positive Motorsport - which is also an official partner to the Grampian Forest Rally and will provide carbon offsetting for all competitor and organiser event vehicles as part of a long-term roadmap and commitment to mitigate the event's carbon footprint.

The reigning Scottish Rally Champion returns to the event where he crushed the opposition to claim top points in the 2021 edition on his way to a dominant title win.

However, while it is once again a fixture in this year's Scottish Rally Championship Pearson has chosen not to score points in order to avoid sticking his ore into SRC title scrap.

"It's great to be back rallying in Scotland again, especially at an event I've had success with in the past.

"I'm sure there will be a real buzz in the service park, and I can't wait to catch up with some of the SRC crews, but we’ll continue to focus on our maiden four-wheel drive BRC campaign and our development there."

Pearson and co-driver Dale Furniss will ensure there's no rustiness in their performance thanks to their detailed pre-event preparation plans.

"We’re hoping to get 10 miles of test running in the car before the event, which should help us do some alterations in setup for the different stages we’ll face compared to the Welsh forests of the previous round.

"Everyone in the team is working harder than ever away from events to prepare for each round, and we are all feeling very focused and driven."

The Asset Alliance sponsored Fiesta Rally2 is due upgrades for the Trackrod Rally in September, and Pearson expects they can continue to grind out more polished performances until then.

"We had some good findings on the first competitive gravel outing on Hankook Tires at the Nicky Grist Stages, and we are expecting to learn even more about the tyres at the Grampian so we're making good progress towards finding the extra little gains we need to be a complete package."