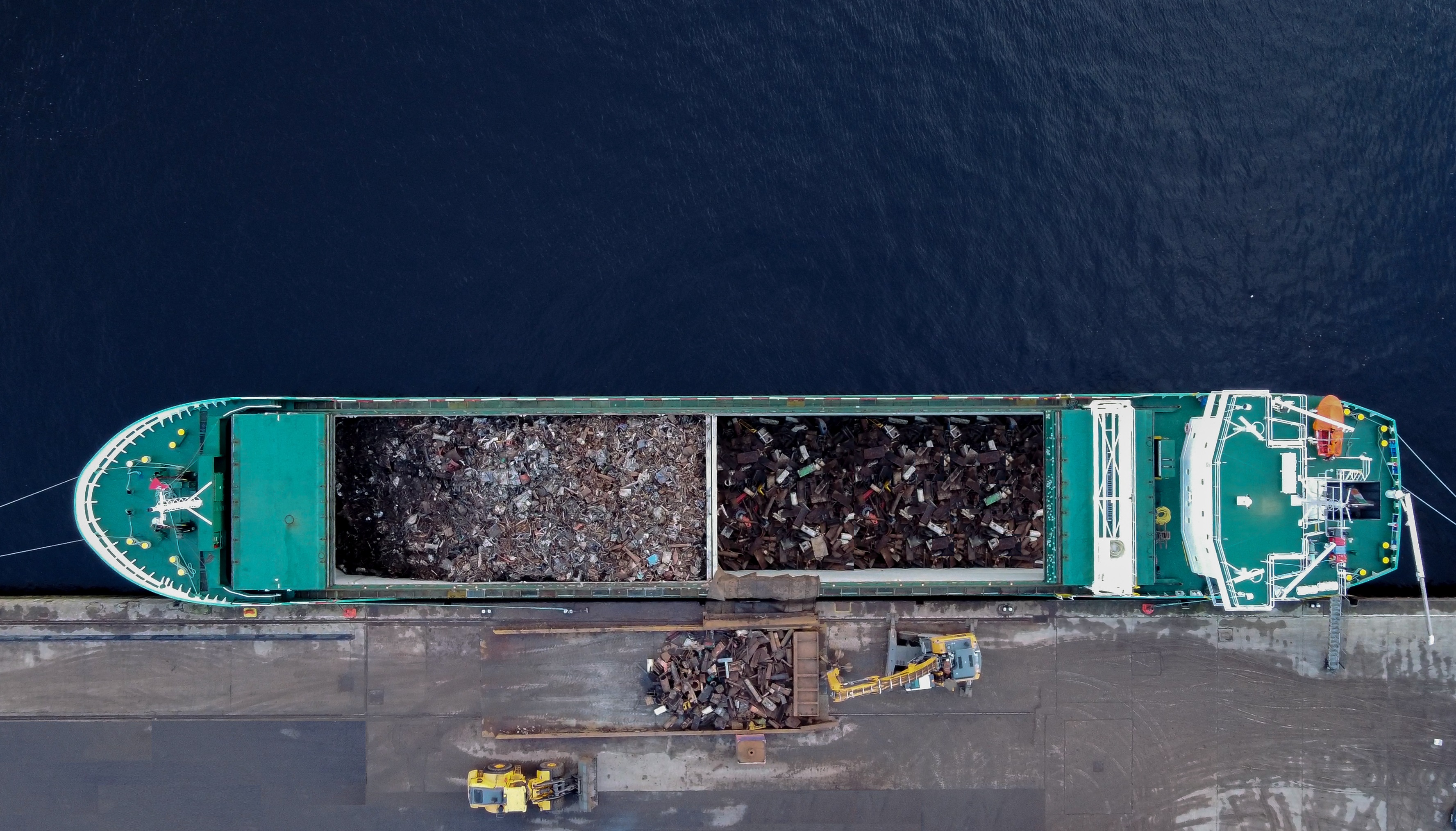 Zero Waste Scotland (ZWS) recently published a report entitled “How Should Scotland Manage Its Scrap Steel” as environmental justification for a steel mill to be built at a location in Scotland, yet to be determined.

Unfortunately, the report is fundamentally flawed in that the destination of processed steel scrap from Scotland is mis-stated as going to blast furnace steel mills in Turkey, when the majority is shipped by the short-sea market to steel mills in continental Europe. These steel mills all operate with electric arc furnaces (EAF) using 100% scrap steel, most of which use energy from renewable energy grids. Disappointingly, the report makes no mention of these destinations.

Consequently, the claimed emissions and energy savings in the report are significantly overstated, as they are compared to blast furnaces which typically use small volumes of scrap steel (c18%) mixed with virgin iron ore and powered with high volumes of coal.

The report also states that by having a steel mill in Scotland it will save transport and energy emissions over current processes. However, by shipping in bulk (typically 5,000 tonne shipments) to continental Europe minimises energy and emissions over transporting by road. In the event of a steel mill being built in Scotland, this would require all of the 820,000 tonnes per annum of processed scrap stated in the report being transported by road, resulting in an additional >68,000 heavy vehicle return road journeys throughout Scotland’s road network with the associated fuel, emissions and road risk. It’s hard to see where this would contribute to achieving Scotland’s net zero aspirations.

The dataset used in the ZWS report is taken from a Bureau of International Recycling Report (BIR) in 2018, which refers to the UK scrap market as a whole and does not break down into Scottish scrap arisings and destinations.

We have discussed the content of the report with ZWS and made them aware of our comments and concerns. It is regrettable that no attempt was made to engage with the scrap metal processing industry at the outset, as the information specific to Scotland can be made available, which would have made the report outcomes more relevant. ZWS has subsequently acknowledged this and we are working with them through the British Metal Recycling Association (BMRA) and its members in order to produce a more meaningful outcome.